If you’re looking to make your festive season truly merry and bright, look no further than these locations where Christmas lights are the main attraction in Metro Vancouver & the Fraser Valley.

With Metro Vancouver’s many trees, green spaces and natural setting, lighting up for the holidays is must-do. Stop by for a spectacular photo-op and even some pretty amazing light shows across the region!!!

Sharing the warmth for 25 years!
Get your donations ready! This program has provided warmth to the most vulnerable people in our communities. The Blanket Drive launches on November 18.

Between November 18 and 25, we collect blankets and warm clothing to help our most vulnerable residents in the Lower Mainland.  Your donations are kept in the community where they are collected, and are given to charities that distribute them directly to those in need. 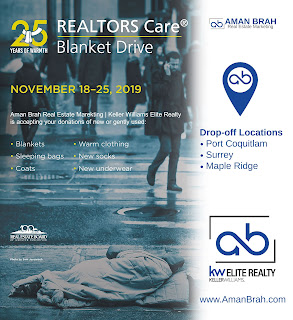 Here's how you can help

We are asking our Family, Friends, Clients and the public to help make this year’s anniversary drive extra meaningful. Anyone can donate and it’s easy to do.

The Blanket Drive collects a large amount of warm winter items on behalf of dozens of Lower Mainland charities to help about 35,000 people each year.

Needed items this year include:

Prime Location to build your own building and be your own Landlord! Central Aldergrove location for a commercial or professional type use. Lawyers, Doctors, Dentists, Financial Planners, Insurance, Pharmacies, florists, optometrists retail stores and many more uses permitted....Now is you chance! Property is Designated Commercial under the Murrayville Community Plan Bylaw within Development Permit area "C". Services are at the site. Currently there is an older home that is tenanted. PLEASE do not disturb the tenants!
on July 31, 2019

Welcome to the neighbourhood and this home on a massive almost 8,700 sq.ft lot. Move in, hold and wait or Build your dream home in this much desired pocket of Surrey. Located in a area with lots of young families, this 3 bedroom home awaits your personal touch on the main floor and basement (new Roof, 4 years old). Located minutes from City Hall, Skytrain, the Future LRT, SFU Surrey Campus, Central City, Holland Park, Patullo Bridge. Call now for you're private showing!
Feature Sheet
on July 30, 2019

Keller Williams Elite Realty is the largest and first KW brokerage in Metro Vancouver and the Fraser Valley. Being a Keller Williams Agent since 2005 I've seen the growth and continue to benefit from the non-stop training and tools they provide.
Keller Williams Realty, Inc. is the world’s largest real estate franchise by Agent Count, Units and Volume, with more than more than 179,038 associates and over 800 market centers across the globe in 38 Countries are affiliated with Keller Williams. And, as a result of its growth and a strong vision cast by Keller, the company plans to invest $1 billion in technology. 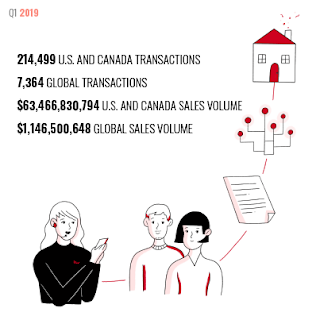 The company has grown exponentially since the opening of the first Keller Williams Realty office in 1983, and continues to cultivate an agent-centric, education-based, technology-driven culture that rewards associates as stakeholders. The company also provides specialized agents in luxury homes and commercial real estate properties. 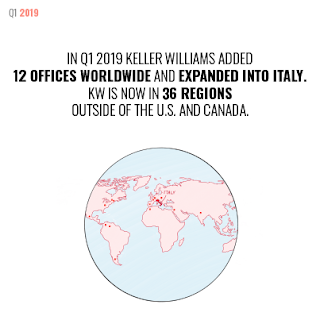 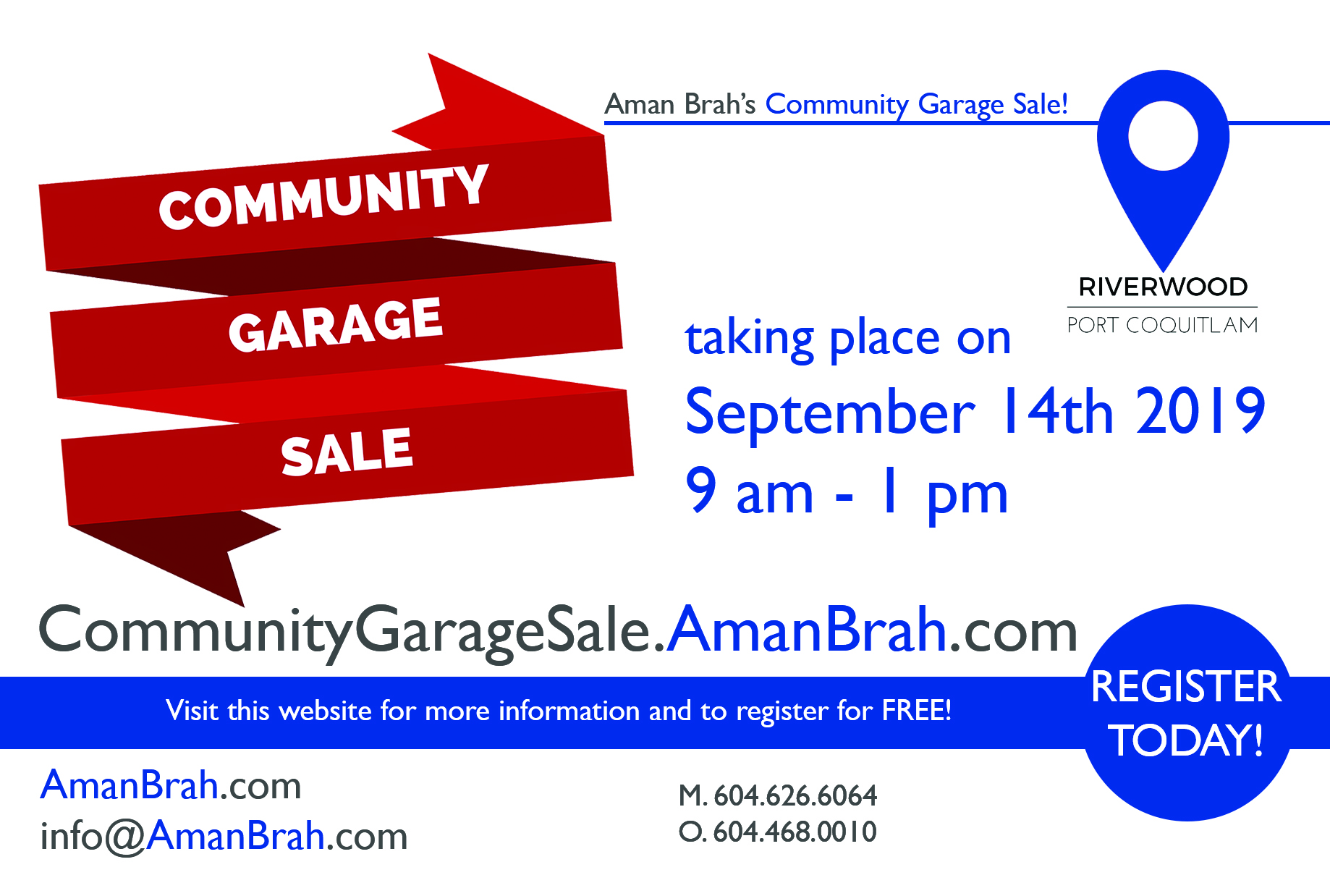 Every Summer, residents prep their garages and gather their used items to host a garage sale or yard sale and make some extra cash! Now, most homeowners who have ever hosted a Garage Sale will tell you the hardest part is getting exposure. You may have some great items for sale but if your home doesn’t get enough traffic it won’t sell (sounds a bit like the real estate industry!) Well that’s where the Aman Brah Community Garage Sale comes in! It’s a massive garage sale in Riverwood, Birchland Manor, Harbour Place & Harbour Chines hosted by homeowners looking to clear out some of their belongings.
Homes that want to participate RSVP to me and I create maps with the locations of homes and their full address. I take care of all the advertising for the event - which includes placing ads in newspapers, online marketing, on Social Media and on my website. Then, on the morning of the Garage Sale, I put directional arrows throughout the neighbourhoods drawing people to your house.
The heart of a community can be measured by the involvement of its residents. So I think its awesome that Riverwood, Birchland Manor, Harbour Place & Harbour Chines residents can unite through local events, fundraisers, and a community garage sale!
To participate, Riverwood, Birchland Manor, Harbour Place & Harbour Chines residents simply plan a garage sale at their home on September 14 from at least 9 am to 1 pm, and register online at Aman Brah's Community Garage Sale.
Participants who register by the deadline of September 4, 2019 will get free advertising for their sale prior to the event, as well as on the garage sale webpage and map. Email me at info@AmanBrah.com for more information.
2019 Aman Brah Annual Community Garage Sale
Keep an eye out for signs throughout Riverwood, Birchland Manor, Harbour Place & Harbour Chines on Saturday September 14th

Acreage on city water & sewer, fenced & very private with Development Potential,with Attached Multi-unit Zoning in the OCP. Renovated home with paint, flooring, huge kitchen & 3 bathrooms! Huge double oversize garage, with tons of parking for RV's. Lots of room to build shop at the back of property! Oversize garage with room for workshop area.
on May 07, 2019

Own your own Home in Coquitlam for less then $800,000 with no Strata Fees! Updated and well maintained home, a must see! This 4 bedroom home comes with a beautiful garden fully fenced and perfect for entertaining and a spacious living room. Renovated, with new flooring, lighting, kitchen, appliances and newer furnace. Centrally located within walking distance to the Evergreen Line Station, Westcoast Express, Coquitlam Centre, Shopping, Douglas College, Recreation, Etc... Call today for your personal showing!
Floor Plan & Feature Sheet
on March 07, 2019 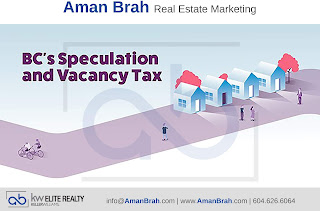 The Speculation and Vacancy Tax (SVT) was introduced by the NDP Government of British Columbia in 2018. This Tax is different from the empty homes tax in the City of Vancouver.
The tax targets those, Foreign and Canadians, who own residential property in select area's of British Columbia. The area's include:
Following are the designated taxable regions, including maps for each region. The maps are for your convenience only. Please refer to the legislation for details.
Islands that are accessible only by air or water are not part of the taxable regions.

Some residential properties are excluded from the speculation and vacancy tax even though they are located within a taxable region. These include residential properties owned by:
The SVT rate varies depending on the owner’s tax residency. In addition, the tax rate varies based on whether the owner is a Canadian citizen or permanent resident of Canada, or a satellite family.

A speculation and vacancy tax year is the same as a calendar year. Tax levied on December 31 is due the following July. For example, for a property owned as of December 31, 2018, the 2018 tax rate of 0.5% applies and the tax is due on July 2, 2019.
All those who own residential property will receive a letter in the mail by the end of February with instructions on how to complete a declaration and register an exemption online. To qualify, this application must be completed by March 31, 2019. The opt-out process will become an annual event for property owners under the new speculation tax rules.
on January 17, 2019

If you’re looking to make your festive season truly merry and bright, look no further than these locations where Christmas lights are the main attraction in Metro Vancouver & the Fraser Valley.

With Metro Vancouver’s many trees, green spaces and natural setting, lighting up for the holidays is must-do. Stop by for a spectacular photo-op and even some pretty amazing light shows across the region!!!

If you’re looking to make your festive season truly merry and bright, look no further than these locations where Christmas lights are the...