If you’re looking to make your festive season truly merry and bright, look no further than these locations where Christmas lights are the main attraction.
With Vancouver’s many trees and green spaces, lighting up for the holidays is must-do. Stop by for a spectacular photo-op and even some pretty amazing light shows.

Bright Nights Christmas Train and Stanley Park: Stanley Park - The Bright Nights Christmas Train and Plaza sparkle with three million twinkling lights. Dazzling lights decorate acres of the dark forest, reaching as high as the forest canopy for Bright Nights in Stanley Park. The attraction is also accompanied by a train ride, musics, snacks, entertainment, and even visits with Santa and his elves. Experience the lights, displays and live performers along the train route and enjoy the displays at the plaza. Proceeds benefit the BC Professional Fire Fighters Burn Fund. Stanley Park Miniature Railway, until Jan. 2, $6-$11 advance tickets,

Trinity Street Christmas Lights Festival: Trinity Street - is a residential neighborhood that goes completely overboard – in a good way – at Christmas time. Take a wander down the street to check out all the houses’ many light displays, and maybe get a few ideas for your own.  Even though the annual Trinity Street Festival is not happening this year, many of the homes along the 2400–2900 blocks of Trinity will still be decorated for the season. Park your vehicle and walk the route, throughout December.

3224 & 3228 W 37th Ave, Vancouver, BC V6N 2V4 - These neighbours have combined their efforts to create a two-home Christmas lights display. Decorations include a light-up penguin, ducks, deer, gingerbread men, mini snowman, Santa and more, plus lights on the giant holly tree and magnolia tree, 60 tree balls, and more than 600 lights.

TRAMS Christmas Lights Tours - Take a Christmas light tour on one of the historic city buses to see decorated homes in Vancouver and Burnaby. Proceeds support the Transit Museum Society.

Carol Ships Parade of Lights - This traditional carol ship and shore side celebration has grown to more than 50 decorated boats decked out with 100,000 lights, plus community-based shore-side celebrations. The best nights for viewing are December 18 and 19. The waters off North and West Van, Port Moody, False Creek and Vancouver, til December 23, 2015

Feel free to let me know any locations I may have missed or need to update.
on December 21, 2015

Each year on the second Thursday of May, we celebrate RED Day as part of our legacy worth leaving. Making a difference in the lives of other... 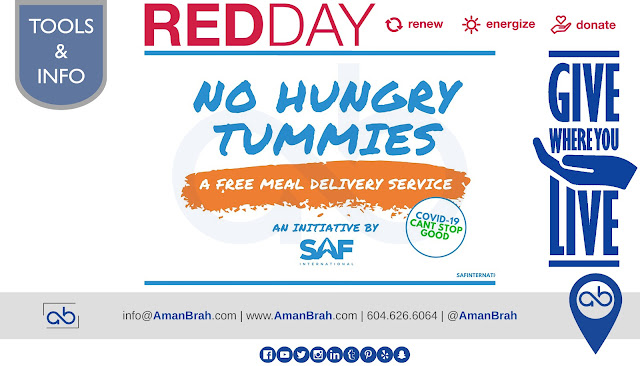